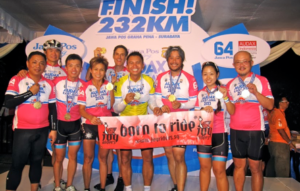 Though I can’t decide what is a better headline — the one I used or “This Is as Close to Feeling Like a Pro Rider As You Can Get”, “Did I Die and Go to Cycling Heaven”, or “With BMW as a Main Sponsor You Know It’s Gonna Be Good” â€“ what I can tell you is this event sets a new bar to which all future JoyRider events will be measured.

What: Jawa Pos 64th Anniversary 232k Audax Ride. This was a celebration of not only Jawa Pos, an award winning newspaper based in Surabaya, but also a celebration of cycling. The organizers ensured this was a ride and not a race, creating a collegial atmosphere throughout the event. 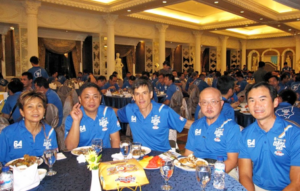 Where: Surabaya, East Java Province, Indonesia (the second largest city in Indonesia with 5.6 million people in all).

Who: The major factor to the ride’s success was that the CEO of the Jawa Pos, Azrul Ananda, is an avid cyclist and he personally rode the 232k route three times to ensure no detail was missed during the Audax. A total of 309 riders, including eight JoyRiders who were squeezed in thanks to Azrul and League Prajna.

Why is Java East Audax the new standard:

1. Â Â Â  Live music, plentiful fresh fruit/energy bars/food, and a large tent with chairs at every stop made the ride seem like one big, rolling wedding reception (sans the bride and groom). There were four stops excluding lunch and the post-ride dinner (yes, six incredible food stops in all) and I am certain that even though we cycled 232k, this may be the only event ever where our caloric intake at least equaled what we burned. And don’t tell Snail Queen, but the five mandatory stops made the ride seem less taxing than the 160k Kuantan event and ensured a high finisher rate.

2. Â Â Â  Full buffet lunch at the mayor’s house (like I said, no shortage of calories to keep you full and fueled).

3. Â Â Â  Massage areas at every rest stop with a happy ending 232k later when we were able to cross the finish line without a cramp in site.

5. Â Â Â  At least 6 course marshals on motorbikes, and 27 ride captains on bicycles who rode at different speeds to avoid the pressure “to keep up” and make sure no wrong turns were had.

6. Â Â Â  A true pro-sized peloton for the last 85k (now I see why the pro-riders can ride so fast and not have their HR blow up â€“ I think a hit a record low HR at speed) and a full pro-style support caravan.

7. Â Â Â  Pre-ride and post-ride buffet dinners. At the post-ride dinner, the lucky draws were for a bicycle and a motorbike!

8. Â Â Â  A finishers medal that feels like it weighs at least half a kilo (and may put your luggage over the limit), plus commemorative jersey and polo-style shirt.

10.Â Â  A dedicated event staff of 15 people led by Superman Stief Susanto (there wasn’t anything that could stop him from making those of us from Singapore feel at home).

AND last but not least an ingenious course and schedule that was broken up into six stages that featured (and I promise to keep this brief, but the ride was the best part):

The event started at the East Java Police Station, which set the tone for the precision-like operation with which the ride was carried out, and perhaps the only start in the history of amateur cycling where everyone used the portable facilities provided (we were after all at a police station). 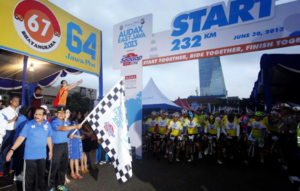 The stage was 41.7k, but it went by quickly not only because of the euphoria of the start, but also because it gave us a taste of what it must be like to ride in the Tour de France — a full police escort (their sirens going off as we crossed major streets), motorcycle marshals, photographers on motorcycles, the BMW support cars, and the rest of the vehicle caravan. It made us feel special and put a step or two into our rpm’s going up the South Buona Vista-like incline to the first stop. 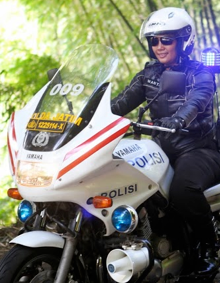 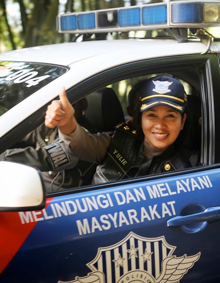 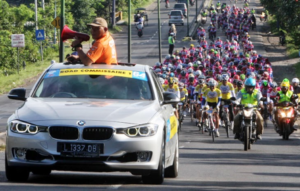 The stage ended at Cheng Ho Mosque, which honors an admiral (yes, Cheng Ho) who was of Muslim and Chinese descent. Hence a one-of-a-kind mosque with Chinese architecture. And the first of many feasts ensuedâ€¦â€¦..not to mention good live music, the massages, etc. 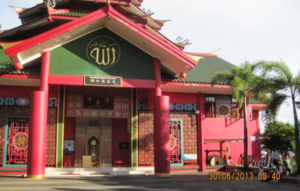 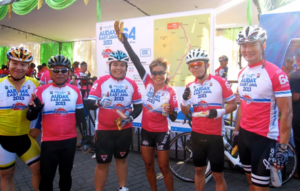 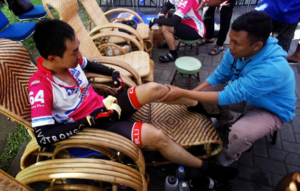 Stage 2 was as a 41.7k stage that ended in the most festive of all the festive stops. The stage was slightly uphill, including one part at 7% grade, but the thought of the forthcoming stop (and the food, and the massages,â€¦.) kept us pushing through. And we were well rewarded entering Malang, which had the air of Universal Studios with its tree-lined streets adorned in a 500 meter long row of celebratory flags and attractive costumed ladies (see Joyce’s photos). The cool air and blue skies at 510 meters elevation was a nice treat as well. 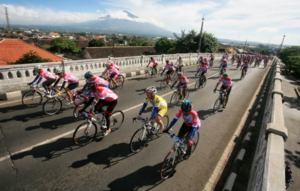 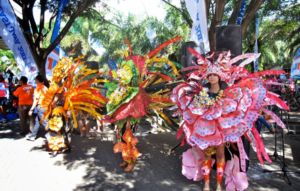 Both the course graph and the 14.1% were imposing, but the mandatory rest stops, food, relatively short distance, and for some, a massage, made this stage a problem for very few. Though with only five women out of 309 riders, Snail Queen reportedly spurned a number of unsolicited offers from some fearless suitors to push her up the hill (even though she did not need it!). Fortunately, Choonwei was there to protect Yuki from suffering the same fate, as Yuki had become a celebrity courtesy of the Jawa Pos. Am also sure that Bintan George was glad Joyce convinced him to give his 10 kilo backpack to Mrs. George prior to the start otherwise we could have left one behind.

The stage ended at the office of the Mayor of Batu (a weekend retreat for Java’s rich and famous set on the slopes between Mount Welirang and Mount Arjuna) â€“ with cameras from JTV and the famed full buffet lunch awaiting us. While some riders could not resist belting out a tune or two on stage during the lunch break, I am happy to report that all JoyRider’s kept their voices in check. 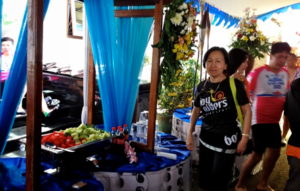 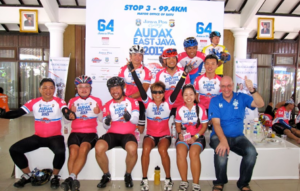 Fortunately what goes up must come down â€“ and we all did with flair. After theÂ  “Audax Photo Zone” at the top of a 7k post-lunch climb (good incentive to keep pedaling and smile post-lunch), we went down one of the longest, yet most rider friendly descents of all time (yes longer than, but similar to, Cameron Highlands “new” highway descent). Clever planning for the post-lunch stage. Rumor had it that UpHill Chin liked the hill so much he stayed! 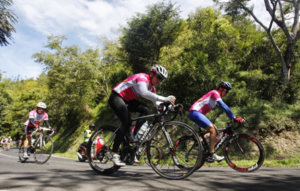 Riding back into town was a bag of mixed emotions â€“ happy the 232k was almost over, but sad that the special treatment we got (and may never see again unless they host the event next year) was coming to an end.

The ride ended at the foot of the Jawa Pos Tower and the final celebratory dinner buffet and award ceremony under, yes, a massive tent. The JoyRider’s contingent left the event in style by commandeering a BMW X5 Audax Team Car and possibly setting a record for the most riders jammed into an SUV with Frankie stuffed in the boot. We must have still been riding high after the day’s events because we all thought the BMW still smelled like new leather when we got out at the hotel. Yes, we finished the day Surabaya Style! 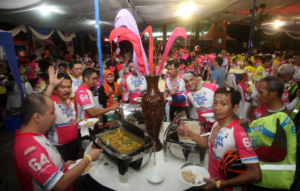 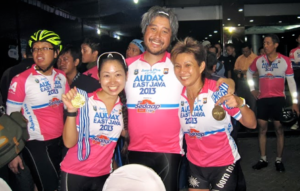 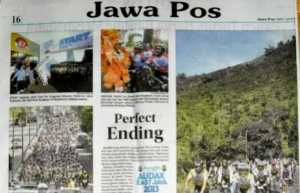